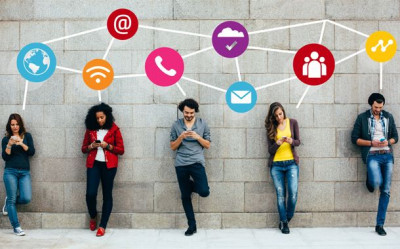 Let's face it, social media has become a force to be reckoned with. It can make the difference between an organisation being known or not...or even being considered irrelevant.

If you were to talk to most people, it wouldn't take long for it to become obvious that the prevailing opinion is that our youth know social media the best. Widely renowned as one of the most difficult, yet important, groups to reach, social media is one of the most effective ways to get their attention.

At the risk of sounding old, these new generations of young people have different values. We don't mean that in a bad way! They value life differently. Having grown up listening to those around them complaining about their jobs, they are generations who often value what they are doing over how much they are making while doing it. They value experiences like travel and adventures over material things like nice cars. As a result, some are making lower than average wages, but they're in less debt and they're enjoying life more than their older peers.

The relationships young people have with others are different, too. They have a literal world of people at their fingertips at all times. Using social media and sharing their interests on the various platforms, young people are forming friendships with people all over the country ... and the world!

They're also becoming much more aware, at a much faster rate, of what is going on in the world around them. They often have a better understanding of other ethnicities, sexualities, genders, family dynamics, and cultures than generations past and are often referred to as being more "woke" than their parents or even older siblings.

So. All of this to say - it is important how we, as organisations, choose to depict ourselves as organisations and groups on social media. These young people are quickly growing into our future leaders. They are looking for experiences and ways to give back but they're also looking to be taught and mentored. There's a lack of mentors who are willing to walk alongside our young people and encourage them in their passions and interests. They look up to people on social media, celebrities and YouTubers, but outside of social media they still need guidance.

Harness the power of social media to attract the younger generations to your organisations, communicate with them through those platforms from time to time, but make sure you're engaging effectively with them in-person and fostering their enthusiasm!